In a recent picture that surfaced on the internet, KGF: Chapter 2 actor Yash was seen in a mood for celebrating. In the picture, he poses with director Prashanth Neel and producer Vijay Kiragandur.

Celebrating the success, actor Yash was seen vacationing on a beach. The picture shows Prashanth Neel and Vijay Kiragandur kissing Yash on the cheeks. Yash was seen in a coral and white tropical printed shirt with a pair of blue jeans and tinted sunglasses.

In the picture, a cake was also visible on the table. It had ‘KGF: Chapter 2’ and ‘It’s just the beginning written on it’. KGF: Chapter 2 is an enormous success, and will be followed by a sequel. The movie also stars Sanjay Dutt, Srinidhi Shetty and Raveena Tandon in lead roles. 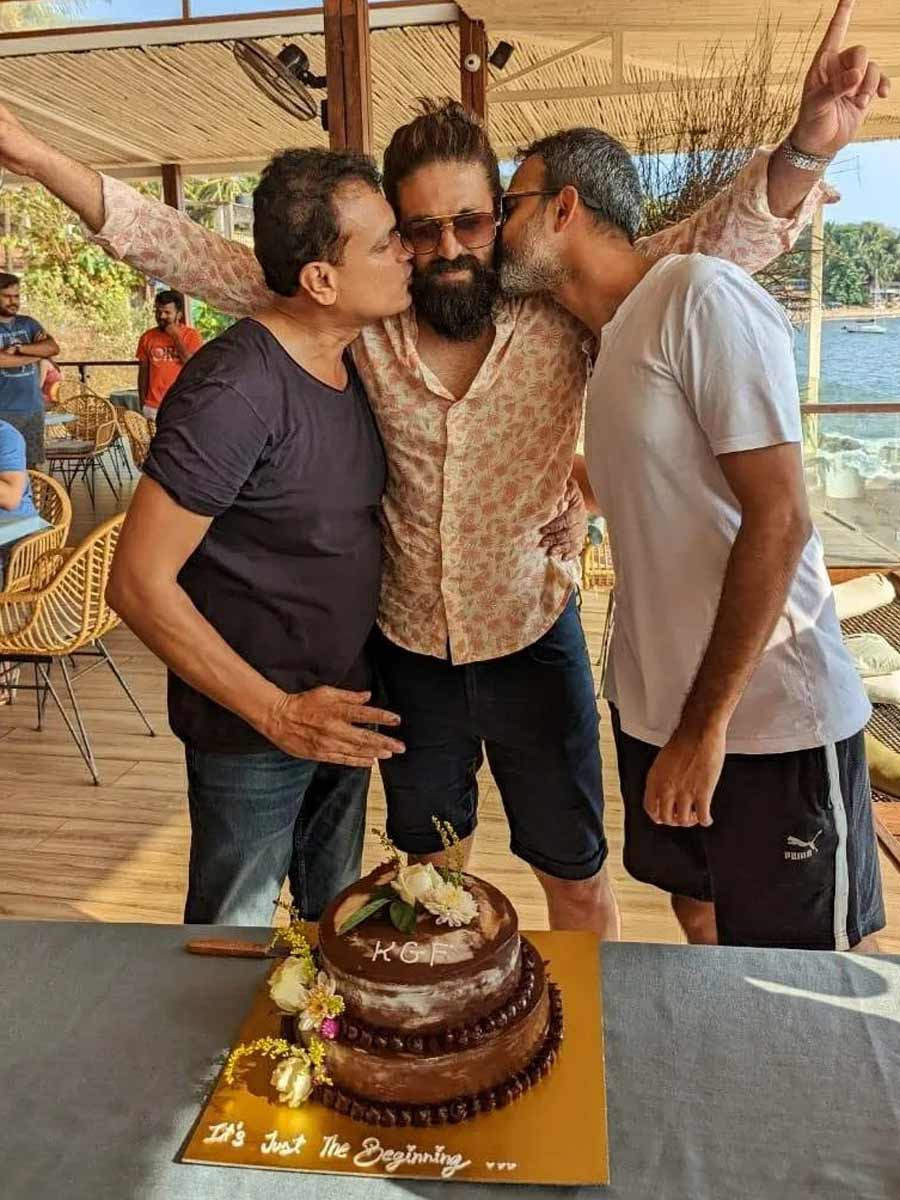