Taapsee Pannu is best known for her acting skills, but she is also preparing to make films through her production company, Outsiders Films. The actress has now announced her latest project with Viacom18 Studios. Titled Dhak Dhak, the film includes an impressive cast of female stars – Fatima Sana Shaikh, Ratna Pathak Shah, Dia Mirza and Sanjana Sanghi. Directed by Tarun Dudeja, the film follows four women who embark on an extraordinary motorcycle journey to the highest motorway in the world.

Dhak Dhak is co-produced by Taapsee Pannu, Pranjal Khandhdiya and Ayush Maheshwari. The film is written by Tarun Dudeja and Parijat Joshi. The first appearances of the main cast have been revealed along with the announcement. It sees stars on motorcycles. Check it out here:

Talking about her production career, Taapsee Pannu said: “We try to provide audiences with a visual experience they rarely see on screen. Dhak Dhak tells the story of four women who realise they have to have freedom, not give. Viacom18 Studios “I have been a vital part of my journey in the film industry from Chashme Baddoor, Shabaash Mithu to now Dhak Dhak. I am sure this ride will be a fulfilling ride. “

Sanjana Sanghi, known for her Dil Bechara, also shared the news on her Instagram. “After months of preparation, it’s great to finally be able to share this crazy journey with you all! This is our next one, full of love, laughter and adventure,” she wrote. 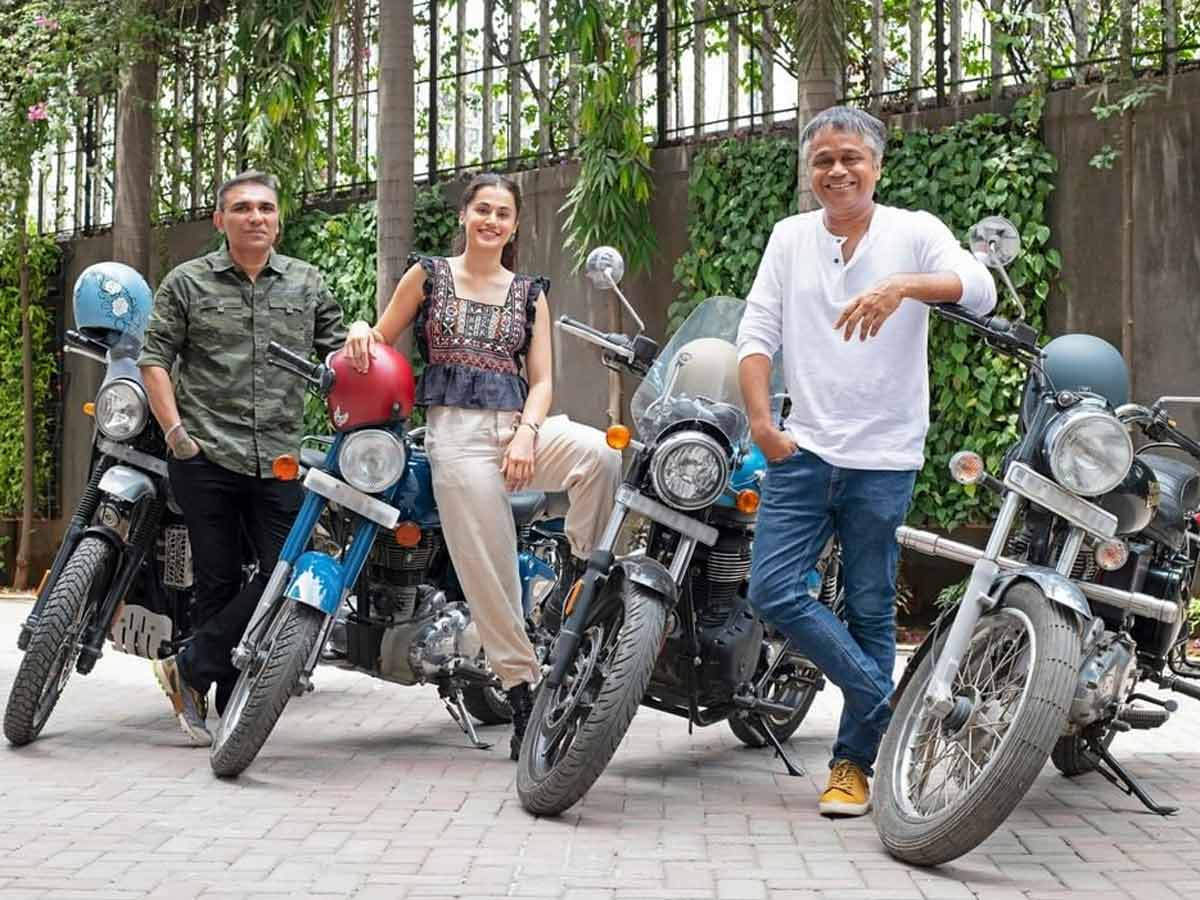 Meanwhile, Taapsee Pannu, who was last seen in Looop Lapeta, will appear in the Indian adaptation of the German experimental film Run Lola Run, and she will appear in the sports biopic Shabaash Mithu, in which she plays cricketer Mithali Raj. She also starred alongside Shah Rukh Khan in Rajkumar Hirani’s director Dunki.