12:44 PM PT – Tom Brady just weighed his BFF’s retirement…with a sweet note on Gronk’s Instagram page, “Love you as a man, teammate and friend. Unique in every way. ❤️”

He later added in a longer post on his own IG page, “Having Gronk in your locker room is every NFL player’s dream. I’m so proud of what we’ve accomplished together, and even more so before you. excited about everything.

The Buccaneers also wished Gronk goodbye in a statement Tuesday afternoon, calling the tight end “a true professional who has stayed on the court for us the past two seasons and has helped in our building. A culture of champions has been built in.”

Rob Gronkowski Hanging up his sneakers again…the legendary tight end just retired for the second time in his career.

The Tampa Bay star made the announcement Tuesday…it’s after his initial retirement with the Tom Brady and Bucs in 2020.

Since then, in his two seasons with TB12 in Florida, he won another Super Bowl ring…and caught another 100 passes for 1,425 yards and 13 TDs.

“I’d like to thank the entire top-notch Buccaneers organization for an amazing journey and believe I’ll be back to play and help build a championship team,” Gronk said in a lengthy retirement post on his Instagram page.

“I will now go back to my retirement home and leave the football pitch again with my head held high, knowing that every time I play I will give everything I have, for better or for worse.”

Gronk first call it to exit After the 2018 season…said Brady wasn’t feeling good enough physically to move on after 9 years with the New England Patriots.

Gronk has considered the idea of ​​returning for a third season in Tampa Bay this offseason, he told TMZ Sports He’s been “staying in shape” in case he wants to play again. But, apparently, the itch never came…and he seemed convinced of his decision in Tuesday’s statement. 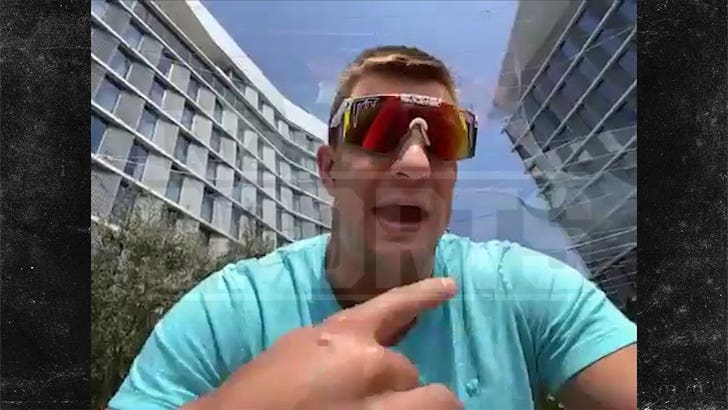 “From retiring, back to football and winning another title, and now back to being relaxed,” Gronk said. “Thank you all.”

But, for now, the 33-year-old appears to be really done.

See you in Guangzhou in five years!