One netizen commented in response to his tweet: “When you promote this kind of rubbish movie it takes away your credibility…cm on @ActorMadhavan…you really don’t need to do that. Disappointing .”

However, R Madhavan decided to respond to the tweet and said: “I’m going to lose credibility because I like a movie you probably don’t have???”

Jayeshbhai Jordaar is a comedy drama revolving around protagonist Jayeshbhai who believes in equal rights for men and women. It shows the character saving his wife and daughter. In addition to Ranveer Singh, the film also stars Shalini Pandey, Ratna Pathak Shah and Boman Irani. 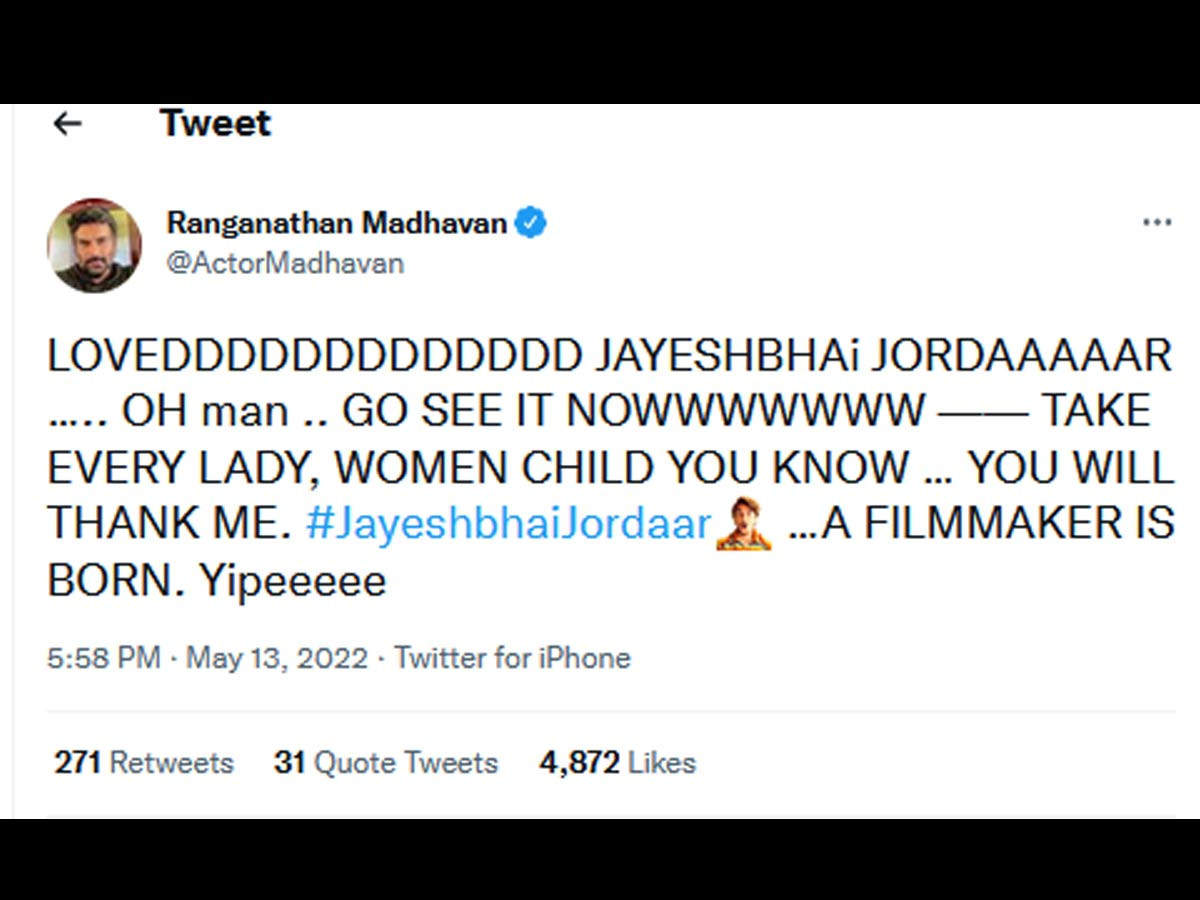