Prince William and Kate Middleton sitting in the middle of a Rastafarian drum circle and banging away in the birthplace of reggae — yeah, this is NOT your typical Royal tour!

The Duke and Duchess of Cambridge were in Kingston, Jamaica’s Trench Town neighborhood Tuesday, and were fully immersed in the culture. Awkward as it might seem, Kate and Wills each played a drum in a traditional Nyabinghi drum session. This was just the latest stop on their tour of several Caribbean nations in the British Commonwealth.

The royal couple visited the former home of reggae legend Bob Marley and met with other well-known local musicians. 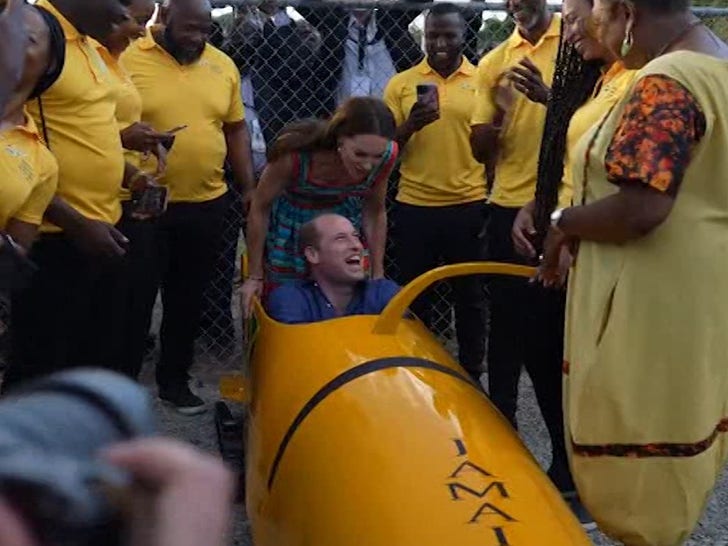 They also celebrated some of the island’s favorite sports — hopping into a Jamaican bobsled and taking pics with the latest Olympic team. Later, William even played a little pickup soccer match and met national team stars Raheem Sterling and Leon Bailey.

The dancing Duke and Duchess of Cambridge getting into the swing of things on Day 2 of #RoyalVisitBelize at the beachside village of Hopkins, where William and Kate had a taste of Garifuna culture and with some of the local community. Kate wearing @toryburch #RoyalTourCaribbean pic.twitter.com/nw2S1jl2R2

But, not everyone is thrilled about their visit. The royal tour was met with backlash from many folks and Jamaican leaders, who are demanding reparations.

This is kind of a last hurrah for the royals … in Jamaica, anyway. The country is starting the process of becoming an independent republic, which means removing Queen Elizabeth as its head of state.

The goal is to cut ties by August 6, which is Jamaica’s Independence Day.

Before landing in Jamaica, William and Kate also soaked up some local culture in Belize … another Commonwealth nation.