In Foster’s video, the former running back shows off a string of signed, game-worn jerseys he’s accumulated throughout his career.

Cleaned my closet yesterday and came across these.really a trip pic.twitter.com/WJh4CWodhF

There are some big names in the pile- Jason Witten, Troy Polamaru, Andrew Luck, Tony Gonzalez and Ray Lewis —and, at one point, Rice’s uniform was revealed.

However, when the official NFL Twitter account shared the video of Arians, Rice’s jersey was edited out. 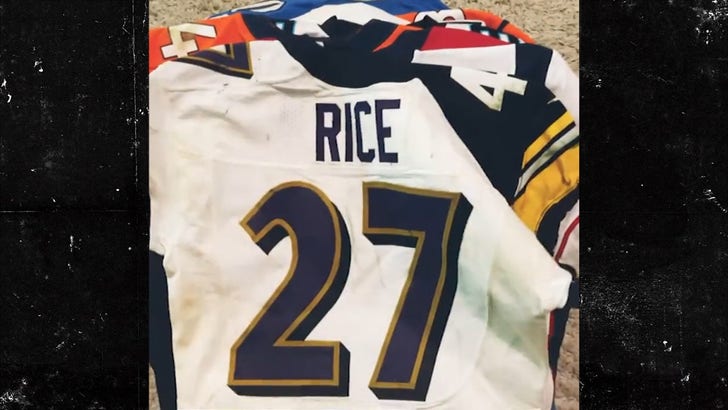 Foster noticed the change and tweeted shortly after… saying: “You all cut Remy.”

It’s unclear what the intent of the league’s removal was — it should be noted that they also left out several other jerseys, including former Texans players Sean Lechlerof.

But it’s certainly notable given the league’s history with Rice.You’ll remember it suspended him indefinitely after his now notoriety elevator attack His fiancée in Atlantic City in 2014 essentially ended the running back’s professional football career.

We’ve reached out to the league for comment about the omission…but so far, no response.