“Sometimes, a man wronged is a nation wronged.” R Madhavan’s directorial debut Rocketry: The Nambi Effect is a film that eloquently expresses this feeling while telling the biography of the legendary rocket scientist Nambi Narayanan. So much so that the audience at Expo 2022 Dubai felt the ‘Nambi Effect’ right away!

The entire audience was on their feet and clapping excitedly when the trailer for the famed ISRO space scientist’s biopic was shown at the event. R Madhavan and the man himself, Mr. Nambi Narayanan, stepped to the stage for the first time to discuss the film and the narrative of the rocket scientist.


When asked why he chose R Madhavan’s lens to narrate his story, rocket scientist Nambi Narayanan remarked, “I wanted someone who really understood what it means to be an engineer. Since Madhavan is an engineer himself, it made telling him my story that much easier . When I was explaining to him about how I saved APJ Abdul Kalam’s life, he immediately got what I meant when I explained the imbalance in atmospheric pressure. So, he naturally was the perfect choice.”

Mr. Nambi Narayanan also delivered a message to India’s youth, leaving us with some serious food for thought. He stated, “If the truth is with you, no matter what it is, you continue on that path. And if you are wronged by somebody, don’t leave the fight till the end.”

The biographical drama will follow the lives of Indian scientist Nambi Narayanan, a former ISRO scientist and aerospace engineer who was embroiled in a spy scandal, and will reveal the truth behind the mystery. 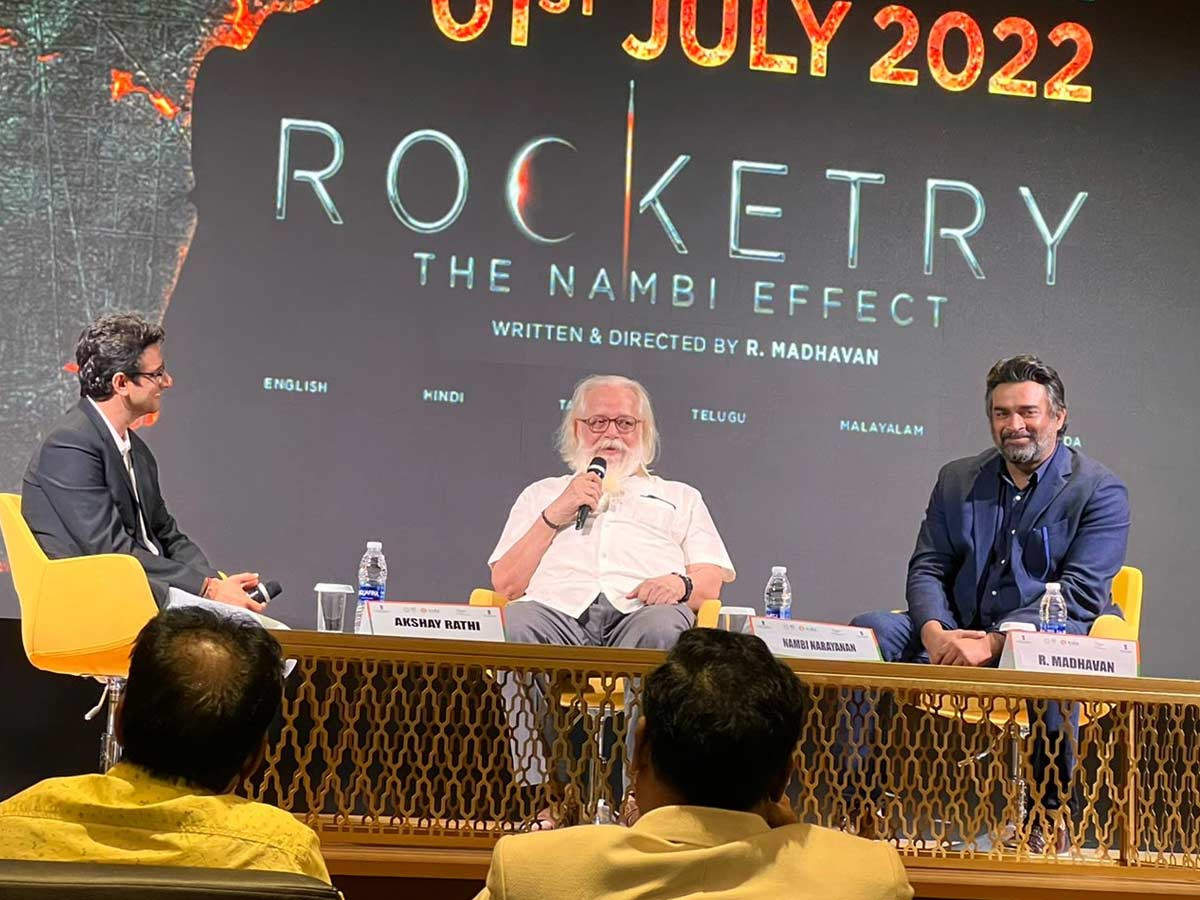 Rocketry: The Nambi Effect will be released in theatres all across the world on July 1. The film was shot in various languages ​​at the same time, including Hindi, Tamil, and English, and will be distributed in Telugu, Malayalam, and Kannada. R Madhavan has not only played the titular role of Nambi Narayanan, but he has also directed, produced, and written the film.