Millions of people with rising costs of living will face mounting financial pain in the coming months as rising inflation in the UK sends bills for both variable and fixed-rate mortgage borrowers soaring.

Around 2 million people in the UK have a standard variable rate or tracker home loan Mortgagefollowing the Bank of England’s benchmark interest rate.

Several banks, including Barclays and Santander, said their standard variable-rate mortgages would increase by 0.5 percentage points after the announcement. Nationally, HSBC and NatWest have not yet made a decision on changing the standard variable rate product, but will raise the tracking mortgage rate in line with the BoE’s decision.

Borrowers of fixed-rate mortgages – a popular type of home loan in the UK – are protected from immediate changes in interest rates. However, about 40% of them will mature this year or next, exposing borrowers to higher interest rates.

David Hollingworth, associate director at L&C Mortgages, said: “The people who will feel this right away are variable transactions, especially those with standard variable rates.”

“But there’s not much room for complacency for those using fixed rates, which have been moving at an alarming rate since the end of last year.”

Based on a £200,000 mortgage repayment, a 0.5 percentage point rise in the current average standard variable rate of 5.17% would add £1,400 to total home loans over two years, according to Moneyfacts.

But borrowers who switch to fixed-rate deals can save a lot of money. Moneyfacts said that at the current average two-year interest rate of 3.95%, there would be savings of around £3,333 over two years.

In addition to the rate decision, the Bank of England said it expected inflation After the most recent surge in natural gas prices, it will rise to more than 13% by the end of the year — significantly higher than its May forecast.

Property market experts have pointed to the impact of this bleak economic outlook on house prices, which fell for the first time in a year, according to Halifax, one of the UK’s largest mortgage lenders. Average house prices fell 0.1% in July, it said on Friday, noting that “the tightening of household budgets has been exacerbated by higher borrowing costs”.

Halifax cautioned against putting too much weight on one-month figures, especially with housing supply still tight. However, managing director Russell Galley said leading indicators pointed to a slowdown in activity in recent weeks – and more to come.

“Looking ahead, house prices are likely to come under more pressure. . . the headwinds of higher interest rates and higher cost of living are more solid.”

British households are facing increasing pressure on household spending, with fuel and food prices soaring in part because of Russia’s invasion of Ukraine.

Still, the rate hike could be good news for savers as they see bigger cash returns. But after the Bank of England has raised interest rates in a row over the past eight months, few banks have passed all of the hikes on to savers.

Santander said it would raise rates on 123 of its checking accounts, junior Isa and first-home savings accounts so customers could earn 1% a year on balances of up to £20,000. The move represents a 0.25 percentage point rise and half the rise in the Bank of England’s benchmark interest rate – although its help in buying Isa will see the full rise pass through. 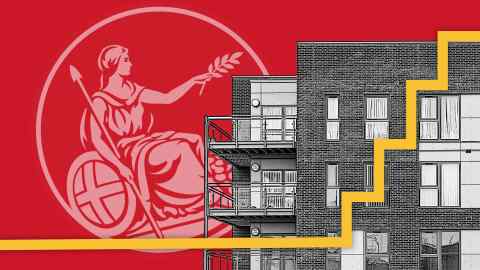 “The jump in interest rates should fuel a savings boom,” she said. “However, with inflation now expected to be higher and longer, savers have been rewarded on the one hand, and have seen more on the other.”

GM issues order for remote workers to return to the office

Do you see what Africa is doing with Web3? via Cointelegraph