Cops are desperate to get info on the driver involved in a now-viral video of a Tesla flying over a residential street, resulting in a dramatic collision … offering a cash reward for their identity.

The video looks like a movie stunt, with the car driving full speed up over a hill and flying through the air. The LAPD calls the incident a misdemeanor hit and run … and posting a $1,000 reward to anyone with info on the driver’s whereabouts . 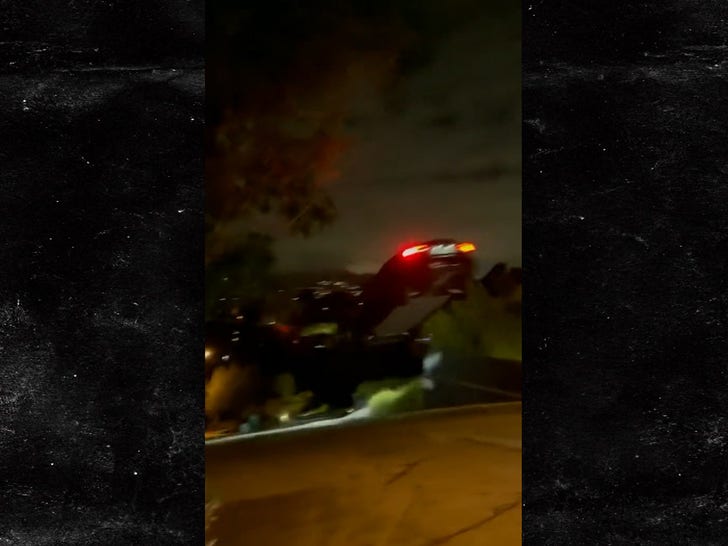 LAPD says, “the rental driver of a black 2018 Tesla S-BLM decided to perform a dangerous stunt, at Baxter Street and Alvarado Street, where he collided with several trash cans and two parked vehicles.”

The Tesla was destroyed as a result, and a parked Subaru suffered major damage to the rear. 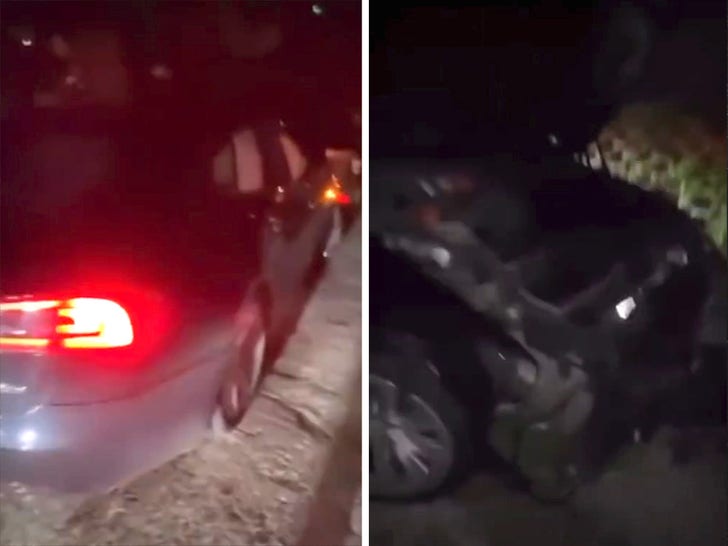 The event spread on social media after bystanders posted their footage online. While rumors about the mystery driver have circulated, police say they have “no description of the driver, and the Tesla was abandoned at the scene.”

Police are encouraging anyone with information on the driver to contact the LAPD with details … and to collect their reward.