2:20 PM PT — The Warriors’ championship celebration just had its first hiccup… Klay Thompson accidentally bumped into a woman — causing her to fall hard.

Thompson was with some Golden State fans when he slipped and hit a woman.

Thankfully, the woman appeared to be fine despite hitting the deck hard.

Meanwhile, Clay is very apologetic after hitting her—helping her get up…before he leaves to entertain more screaming Warriors fans.

Draymond Green: “Is this live TV?”

Green and his teammates on stage – they just won the NBA finals Victory over the Boston Celtics in 6 games — Celebrating the Warriors’ fourth championship in eight years. 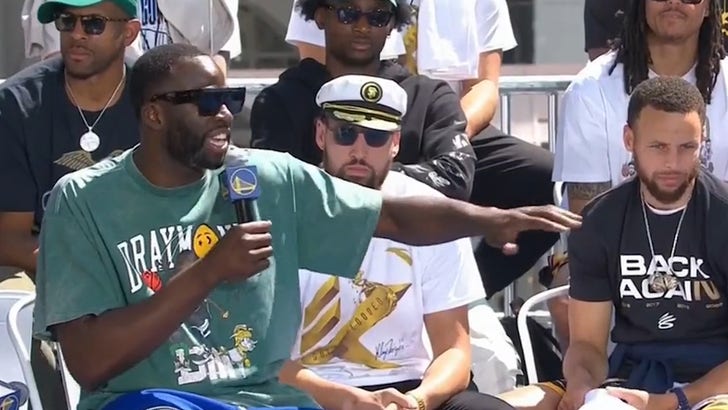 As always… Green didn’t hold back when he jumped on the mic.

“I don’t know what you want me to tell you, we’re better than everyone,” Green said. “It’s been an amazing year. I told you guys not to let us win a fucking championship.”

“Obviously, no one can stop it. I warned you,” Green added. 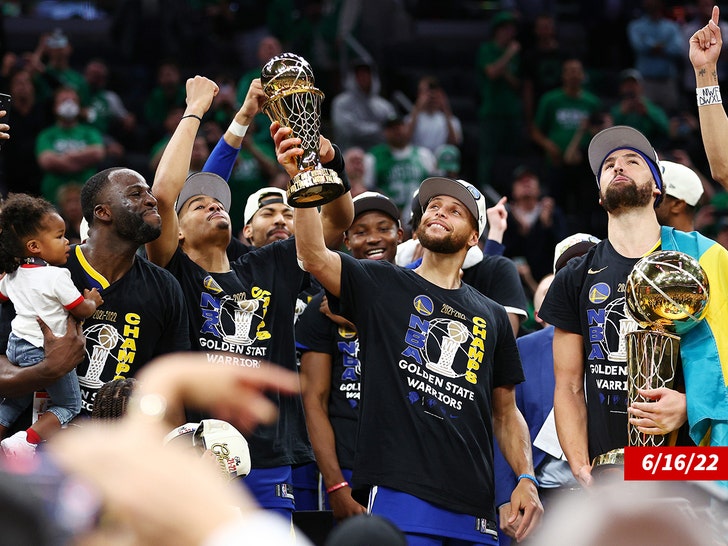 Dre started his speech by admitting that he was trying to come up with the most controversial words…and he did.

The four-time NBA champion — who has been outspoken on social media — vowed to “continue to destroy people on Twitter”…and then went on to say how much he loves the people he plays with. 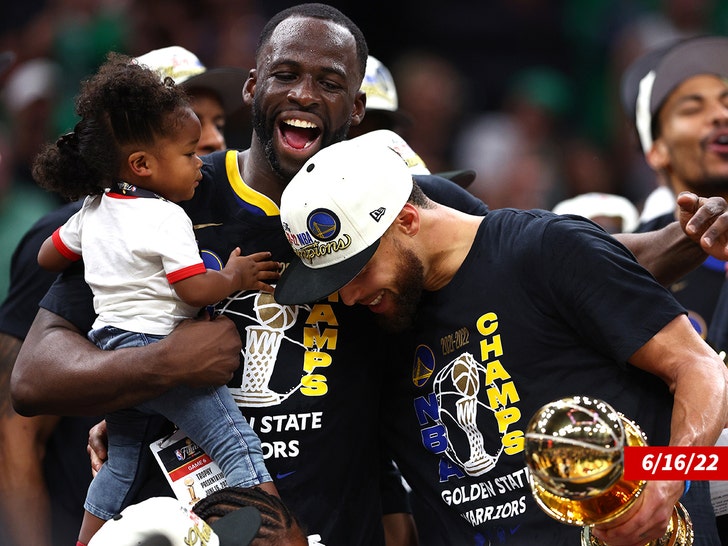 Green ended his address to the crowd in retro Draymond fashion, delivering an emphatic message to anyone not at Dub Nation.

“I just want to say thank you to everyone,” Green said, “like everyone else,” he added.

Clay lost his championship cap while rowing for the parade 😭pic.twitter.com/8UJ6f5r4sS

But, before the festivities began, Green’s teammates, Klay Thompsonlost his championship cap while rowing on the way to the parade.

Clay’s running mate and splash brother, Stephen Currycame to the parade with some serious bling… a necklace with 3 rings he won in 2015, 2017 and 2018. 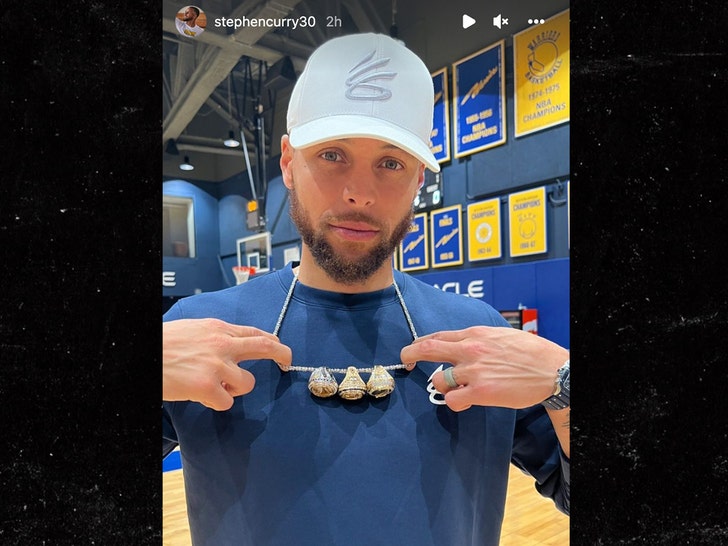 Oddly enough, it wasn’t even the best part of the day so far… A fan showed up with an actual goat in a Curry jersey.

Someone took a goat in a curry jersey to the parade 😂🐐 pic.twitter.com/1SOC97NYNy

Funny – Warriors players shout out to the Boston fan base in the heat of the series for chanting curses…but it all has to be in their context.

You never know what to expect at these festivities… stay tuned!