Pete Davidson is in the driver’s seat in his relationship with Kim Kardashian — or at least he was this weekend … when he gave her a lift from the airport, for which he was rewarded.

The couple was spotted locking lips Sunday morning at the Van Nuys Airport, where Kim had just landed in her private G650 jet … which had just come back from Miami, where she was on hand for her new SKIMS Swim launch.

PD played the role of good boyfriend, picking Kim up himself in a Mercedes … and being greeted with a sweet kiss from his girl. It was one of those head-grabbing smooches too — so you know, serious stuff.

Eventually, they realized the paps had seen them and they separated … with Pete eventually driving off as Kim continued to chat him up from the passenger side. 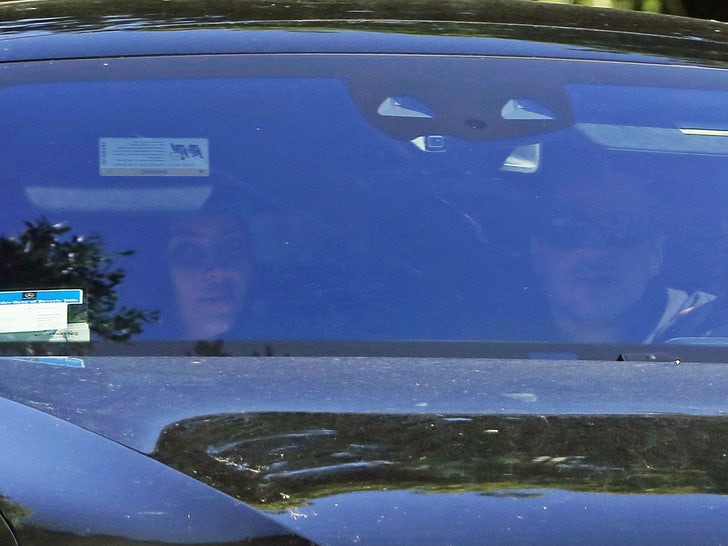 Considering the chaotic weekend they had last week — thanks to Kanye West — it’s nice seeing them in a calm, comforting setting like this … and just proves they’re going strong several months into the relationship, despite all the outside noise.

This is one of the few times we’ve actually seen them face embrace — they were also seen swapping spit around Valentine’s Day … and now, we’re getting a different angle, profiling.

While Kim was busy hawking swimsuits, Pete apparently had his hands full with Scott Disick and co. — with all of them having some sort of guys’ night out, which ended with everyone passed out … except for Pete, who was filming the aftermath of their shenanigans. 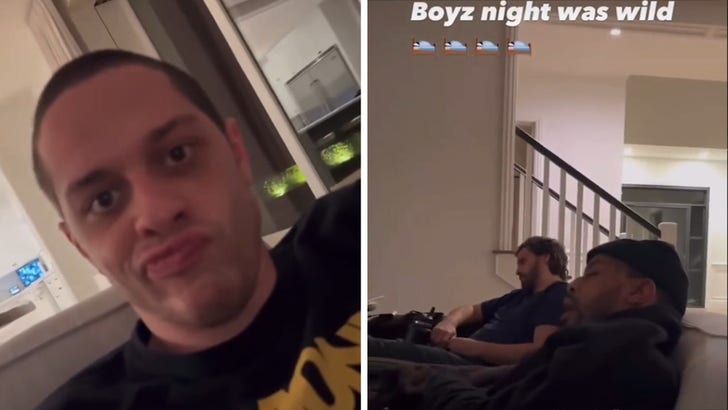 Looks like he was well enough to pull a good SO move the next day with this curbside pick-up. Well done, Petey boy!