Discussions about Hrithik Roshan and Saba Azad’s rumoured relationship have been circulating for some time. But now, the two are officially on the red carpet together at Karan Johar’s huge birthday party. Hrithik and Saba wore black for the themed party and made a stunning pair. It turns out that after walking the red carpet, Hrithik also introduced Saba Azad as his girlfriend to other attendees.

According to a major news portal, Hrithik Roshan was with Saba Azad throughout the night and continued to introduce her to party guests as his girlfriend. A source told the portal that Hrithik and Saba “did not leave each other and held hands throughout the party”.

The couple (as we can finally call them now) light up the red carpet as they pose for dad. Later, actress Preity Zinta also shared a photo with Hrithik and Saba. Check out their unmissable photos:

For the uninitiated, Hrithik Roshan and Saba Azad have spent a lot of time together and needless to say, they have been the talk of the city. While they haven’t announced confirmation of their relationship, it doesn’t get much clearer than that. 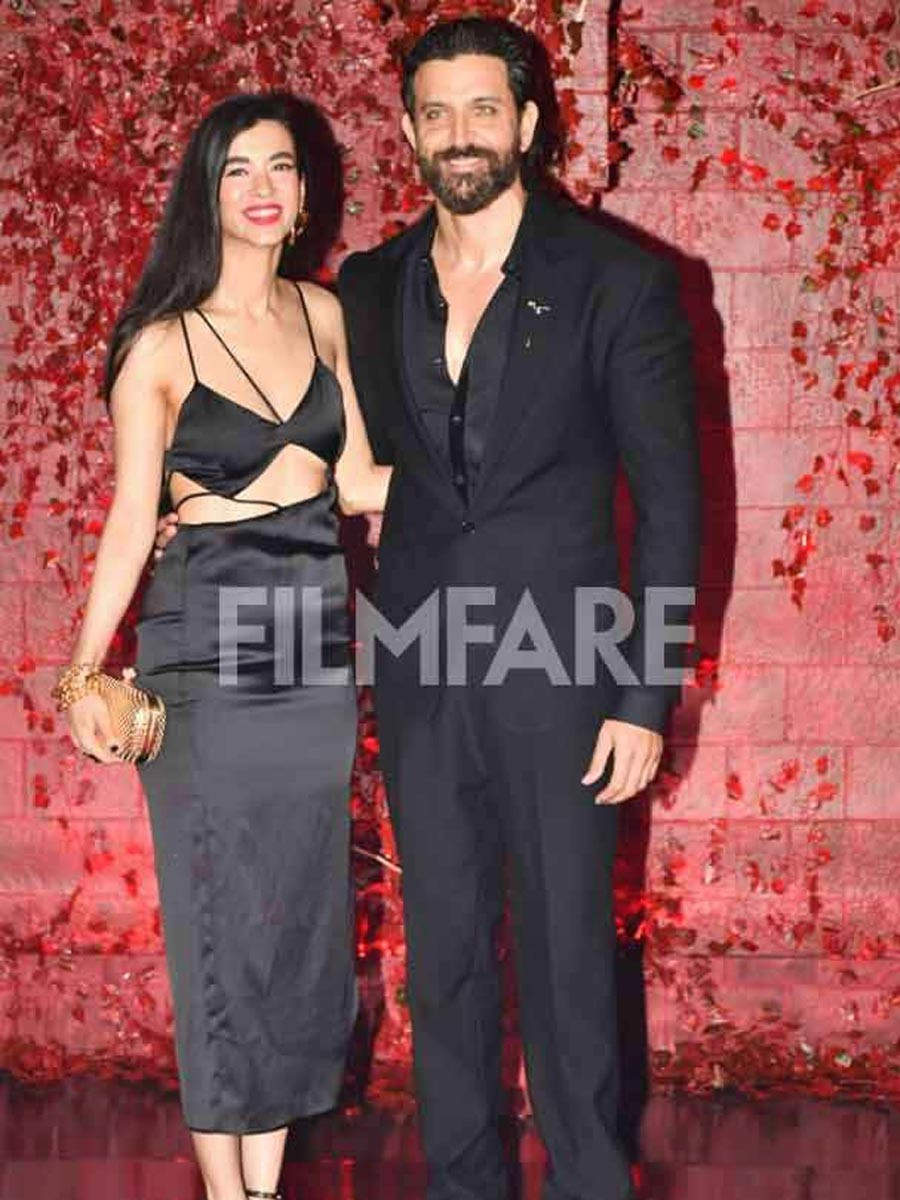