The actress embodies elegance and looks ethereal as she chooses an Indian outfit for her closing ensemble. The actress, known for her love of wearing clothes by ace designer Sabyasachi, decided to go with the look of Abu Jani Sandeep Khosla. The off-white saree has a trail and striking pleated frills. The hand-embroidered bodice is made of pearls and crystals. The pearl collar added a statement to the outfit and made her look divine.

In an interview at Cannes, Deepika commented on her duties as a critic and jury. She said: “I think we all know it’s a huge responsibility. But, I think, we also promised each other yesterday that we’re not going to take this responsibility. I think the idea is to remind myself those viewers, or the ones who grow up watching movies and inspired children.”

She also spoke to a leading publication, where she revealed that she was initially taken aback by the invitation to be a jury member.She said: “They [the festival management] There seems to be no doubt about the reasons for their decision. It made me sit back and think that sometimes I might not have given myself enough credit. “ 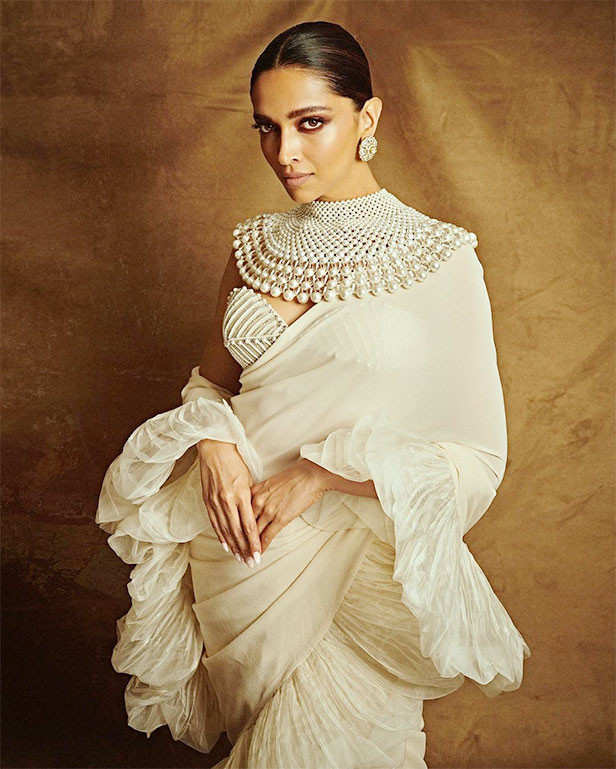