The ex-Rams left tackle, who just walked away from the game this month, said out at Wally’s in Beverly Hills this week that he is 100 percent sure Donald won’t hang up the cleats this year.

“He’ll be back on that field dominating again,” Whitworth said, confidently. 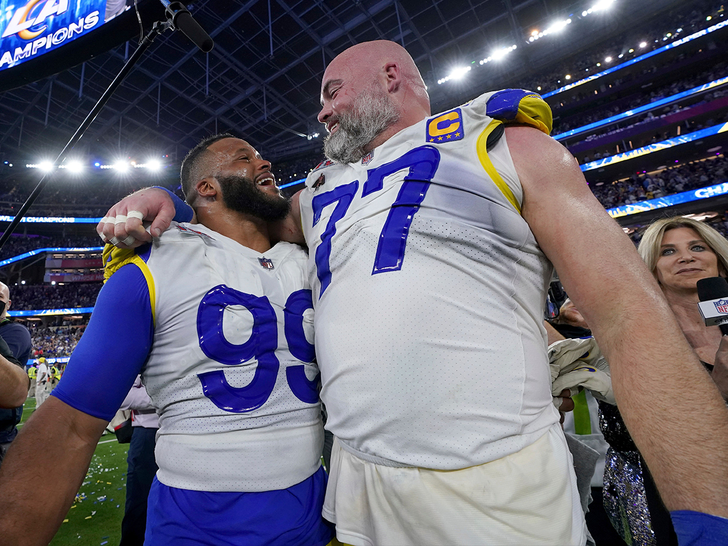 Of course, according to NBC’s Rodney HarrisonDonald was considering retirement just before the Super Bowl — with the former Patriots star explaining AD had told him he’d strongly think about giving up the game if the Rams won it all.

Rodney Harrison just said on NBC’s pregame show that Aaron Donald told him there’s a strong possibility he could retire if the #Rams win the Super Bowl. Video is below: pic.twitter.com/tIhAzQCwWv

Donald hasn’t given a solid indication that he’s leaning one way or the other following the big championship win — but according to Whitworth, that chatter can be put to bed now.

“Dominate on the football field again,” Whitworth said when asked what he expected to see from Donald in 2022. “That’s what I know he knows how to do well and I’m sure he’s going to be doing it again.”

If Donald does come back, Whitworth thinks the star defensive lineman has a great shot at getting a second ring — telling us even without him on the O-line, there’s still plenty of talent for the Rams to go back-to-back.

Sharon Osbourne agrees with Kanye West’s ‘scam’ about BLM, wants to donate back