Amanda Bynes‘ former “All That” castmates, Leon Frierson and Christy Knowings are making sure she knows they still have love for her — voicing their support — and Leon will even be in court for her conservatorship hearing.

Leon tells TMZ … he will be at the LA courthouse this Tuesday, March 22 — and we’re told Leon convinced Christy to get involved in showing support for Amanda too.

While Christy can’t be there in person — she has auditions — she says, “If it were me, I would want people to support me. Amanda’s a very different person today from the person she was back then, as we all are.”

Christy admits she and Leon haven’t spoken to Amanda in years, but also says they’ve never forgotten her. In fact, you could say Leon and Christy have been inspired by her. 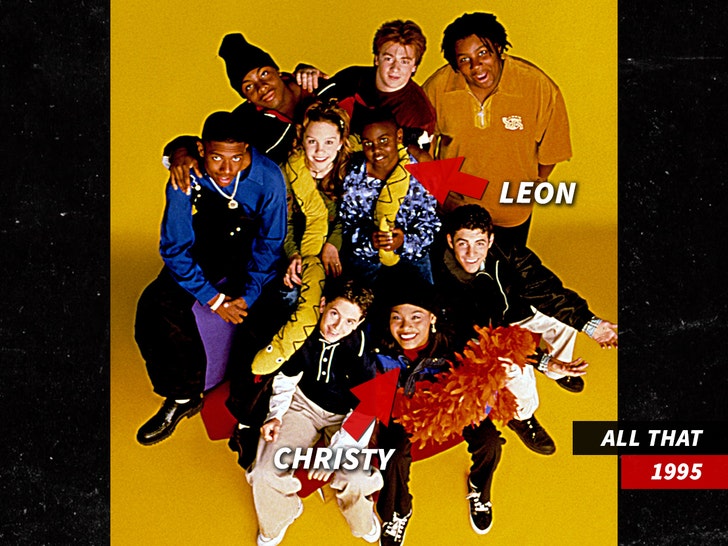 They’re both doing a reality show called “Child Star Reboot” … a sort of “where are they now” look at young actors. Also, Leon hosts the “Prime Nostalgia Podcast” which shines a light on a lot of the issues Amanda has faced.

Christy says they have no ulterior motives in publicly voicing support — they simply want Amanda to know they genuinely care about her. As she put it, “I know Amanda’s a sweet person and loved working with her.”

As you know, Amanda was placed under a conservatorship in 2013 after a string of bizarre episodes. She’s since gotten support through attending AA, and has been sober for several years.

She filed docs in late February to end her 9-year conservatorshipand the judge is expected to issue a decision during Tuesday’s hearing.

Vanessa Bryant at Bad Bunny concert with friends and security