Karan Johar’s birthday is the biggest event in Bollywood this year. It marked the gathering of Bollywood’s biggest names to celebrate the night. Not only was the bash very stylish, but it was also an eventful night.
It was revealed that Abhishek Bachchan took over the DJ booth to play music for the night.
The DJ at the party also revealed that Salman Khan stayed at the party until 6am and had a good time. Badshah also sang lyrics to his popular song DJ Wale Babu.

A video has surfaced on the internet showing Shah Rukh Khan dancing to a popular dance number from the movie Kuch Kuch Hota Hai. The video shows him standing center stage surrounded by other celebrity guests dancing to the song.

2. Hrithik Roshan and Saba Azad take their relationship to the red carpet

Rumors that Hrithik Roshan and Saba Azad are dating have been around for a long time. The duo was officially announced as they entered the Karan Johar bash holding hands. According to the report, the couple “did not leave each other and held hands throughout the party”. Hrithik reportedly introduced Saba to the guests present as his girlfriend.

Karan Johar’s guest list includes Bollywood’s biggest names. This became the place where actors and actresses reunited. What caught our attention the most was the reunion of 90s actresses. Preity Zinta shared a selfie where she can be seen posing with Rani Mukerji, Aishwarya Rai Bachchan, Kareena Kapoor Khan and Madhuri Dixit Nene.

One of the videos also shows birthday boy Karan Johar dancing with Kajoel. The duo sang a popular old English song. When they took over the dance floor, they looked gorgeous and obviously had fun. 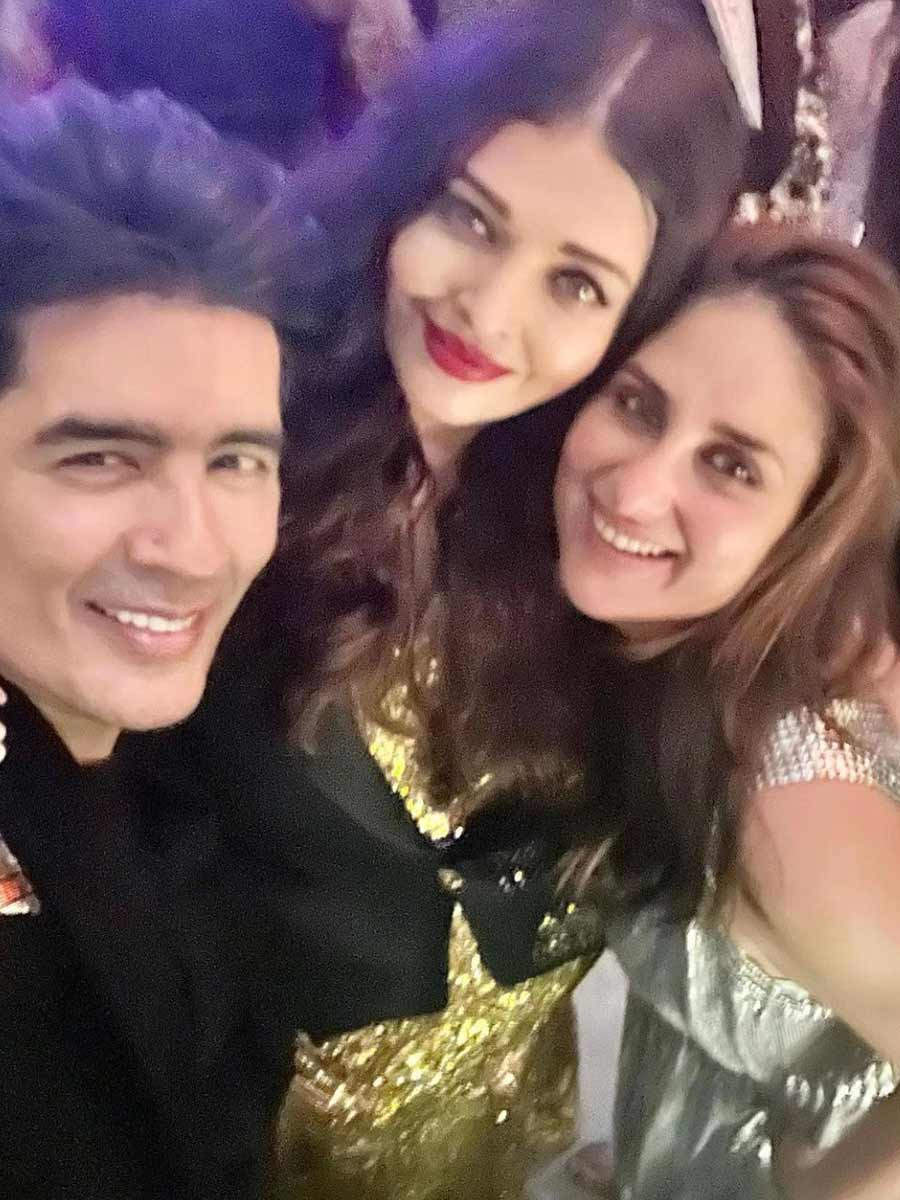